BAKHITA: ST. LOUIS EMPOWERMENT NETWORK WHAT IS IT ALL ABOUT? WHAT GOES ON THERE

It is my great pleasure, on behalf of the Sisters of St. Louis, to bring you warm greetings from Slaves No More and the Sovereign Order of Malta who for now are our registered Partners in our struggle to rescue victims of human trafficking and combat this evil which has ravaged our society.

NAME, ORIGIN & BACKGROUND OF OUR NETWORK

In this maiden edition of our Newsletter, it is pertinent that we state the background and origin of our network – BAKHITA: St. Louis Empowerment Network.

The Sisters of St Louis have been involved in the campaign against human trafficking as far back as 1996 when the then provincial superior, Sr. Patricia Ebegbulem, was chair of the Women Religious in Nigeria. These Women Religious responded to the call of the Women Religious of Italy, Unione Superiori Maggiori Italiani (USMI),  to collaborate with them in rescuing and rehabilitating Nigerian girls and young women that have been trafficked to Europe especially Italy. It was while she was the National President of Women Religious of Nigeria that Sr. Patricia Ebegbulem, together with her Executive Council, founded the Committee for the Support of the Dignity of Women (COSUDOW). Later, Sr. Patricia became the Regional Coordinator for the African Network against Human Trafficking (ANAHT) and Regional Coordinator for The Global Network of Consecrated Persons against Human Trafficking (TALITHAKUM).

When Sr. Patricia finished her term as provincial superior, she, with the support and blessing of the Sisters of St. Louis went full time into the anti-human trafficking ministry. As co-founder of COSUDOW, working collaboratively with the Women Religious of Nigeria and with Sr. Eugenia Bonetti as President of Slaves No More, they decided to establish a home in Lagos which is the point of re-entry for the trafficked women and girls when they are either deported or choose to return voluntarily. This home is named Bakhita Villa after St. Josephine Bakhita, the Sudanese saint who is the patron saint of anti-human trafficking activities. SLAVES NO MORE has continued to support Bakhita Project. Recently, the Sisters of St. Louis went into partnership with the Order of Malta who assisted the Sisters of St. Louis to establish Bakhita Villa, a shelter that can comfortably accommodate about 20 ladies at a time.

Capacity of the Shelter: The new Shelter in addition to the old shelter beside it can altogether accommodate about 30 ladies comfortably. There is a bungalow that can accommodate four mothers with their babies.

LOCATION OF THE PROJECT

This project is located in Lagos, a state of about twenty million people. Lagos is a commercial city. It thrives more on business given its location at the coast. It also has some industries and good opportunity for employment. Hence a lot of people, old and young find their way to Lagos with the hope of getting a means of livelihood.  While some do well to get employment, many end up in poverty and become prey to criminal gangs, traffickers and others who exploit them using deceptive means.  Also with the international airport in Lagos, it is the first point of entry for girls and boys who are being deported from outside Nigeria after their ordeal with traffickers.  If they are not met at the airport and helped to be rehabilitated and reintegrated into the society, the tendency is for them to be drawn back into the nets of the underworld for further exploitation with the possibility of death or imprisonment.

Therefore the Sisters of St. Louis decided to have a safe House which will facilitate their work in providing assistance, legal counsel, vocational training, rehabilitation and reintegration for victims especially of human trafficking who find themselves in Lagos without any recourse to help or assistance. Priority is therefore given to victims of human trafficking.  The Offfice of BAKHITA Project is located at 11 Leye Omoniyi Close, C/O St. Ferdinand Catholic Church, Boys Town, P.O. Box 1970, Ipaja, Lagos, NIGERIA…

It all began on May 1st, 2017 when the Sisters of Louis purchased the uncompleted building at No. 11 Leye Omoniyi Close beside Bakhita Villa, 13 Leye Omoniyi Close where we lived courtesy of St. Ferdinand Catholic Church, Ipaja, Lagos and Fr. Peter Oke the then Parish Priest who welcomed us. Once the building was bought, we were greatly relieved and thanked GOD for it.

The next challenge was how to complete the building and this is where the miracle happened. Our GOD the Master Planner directed the Order of Malta to us through Michel Veuthey of the Order of Malta.  Michel gave me the contact of Romain de Villeneuve, their representative in Nigeria and asked me to contact him as soon as I got back to Nigeria from our Conference at the Vatican.  As soon as I returned I called Romain and he came to our Villa and that marked the beginning of the miracle!  Loyola Foundation had paid for the uncompleted building!!

When Romain visited us, he met some of our ladies and was moved to help. He told us that our work is in line with his own ministry as the Ambassador -at-large for Africa with a special focus on migration and Human Trafficking. Based on this he got committed and promised to assist.

The first group he brought was the Small World Charity Organization led by Laila Peysson. They made a donation in cash and kind. Shortly after that he brought the big masquerade – the ITB Construction Company led by Mr. Gaby Massoud. I’m happy that the MD of ITB, Mr. Ramzi Chidiac, supported the Project and made the 28th of June, 2019 a red letter day for us. That was the day Romain gave us the good news of the willingness of ITB Construction Company to complete the building for us.

Romain came with Engineer Emmanuel to establish the extent of the Project. This Company, ITB, singlehandedly completed the building, providing materials, personnel, supervision and all that was needed. Since the building was an old structure, they did a lot of knocking and pulling down. Those in the construction profession know that it is cheaper to build from the scratch than to renovate an ancient structure. But they did it cheerfully and with great commitment and dedication. Not only did they complete the house they also equipped it to a large extent.

Despite the many hardships they encountered such as the terrible Lagos traffic all the way from Ajah and Lekki, with their heavy vehicles breaking down as a result of our bad roads, they never gave up. They persevered till the end. And when they finished the house, they also worked on our road within the close. We can never thank them enough.  We will continue to pray for them and our GOD who is never outdone in generosity will continue bless them

We can never thank God enough for His infinite goodness and those he has used so powerfully to support us in His work. To all our supporters and collaborators at the international, national and local levels, we say a big thank you with the assurance of our prayers.

Our Life in Bakhita, Lagos, has been one unbroken testimony of God’s love, faithfulness and abiding presence as we appreciate those entire God uses to manifest His goodness to us in this work. We pray to remain faithful to God’s will and promptings for God Himself is ever faithful:

Great is thy faithfulness (2x)

All I have needed thy hands have provided

Great is thy faithfulness, Lord unto me

(Written by Thomas Chisholm with music by William M. Runyan) 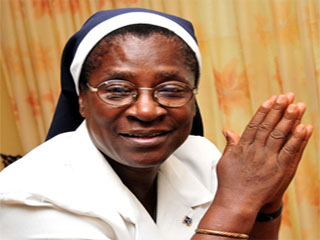 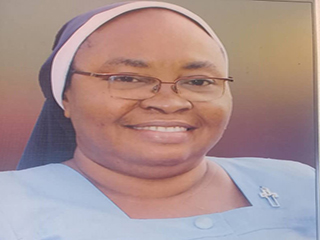 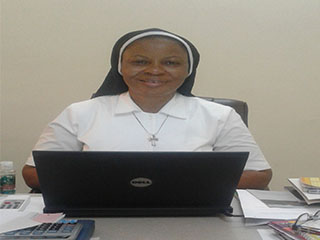 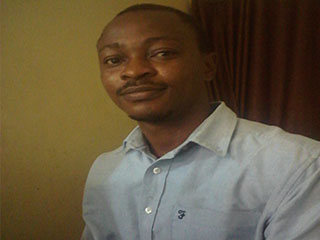 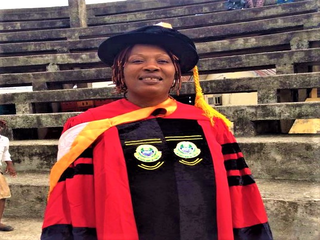 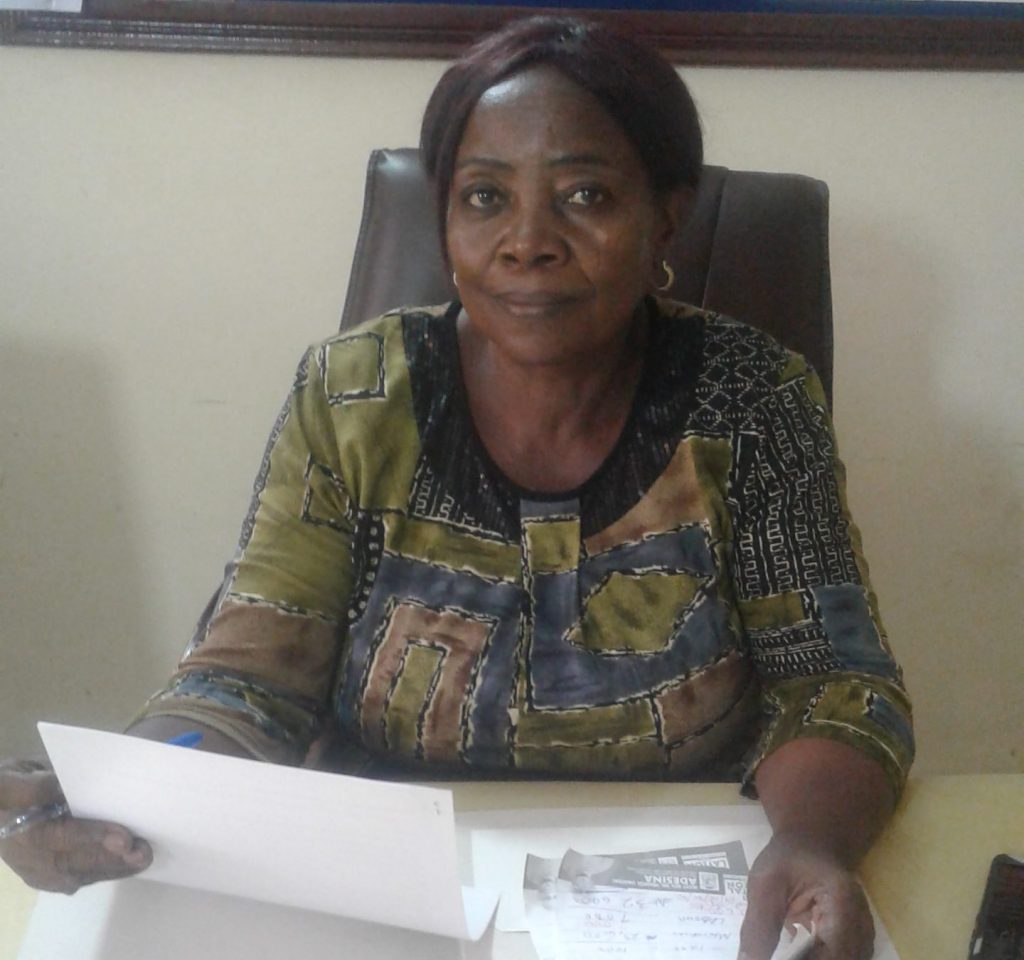 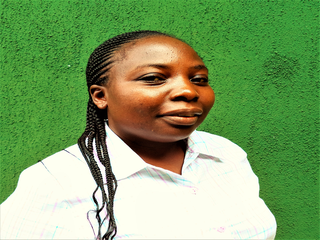 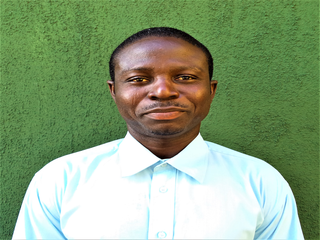 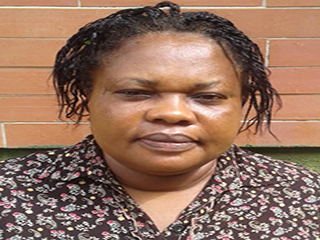 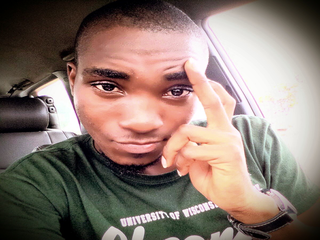